Our first French Mastiff stud is Django, he is a littermate to our Bijou. Django is one massive Dogue De Bordeaux and is everything we wanted in a French Mastiff stud. He is mellow, well behaved and just as sweet as can be. He gets along great with all dogs. Django is owned by a good friend and we have retained stud rights. We wanted him to be seen by the world so our friends tale him everywhere and show him off. He also has a best friend who is a male French Bulldog and they are inseparable. 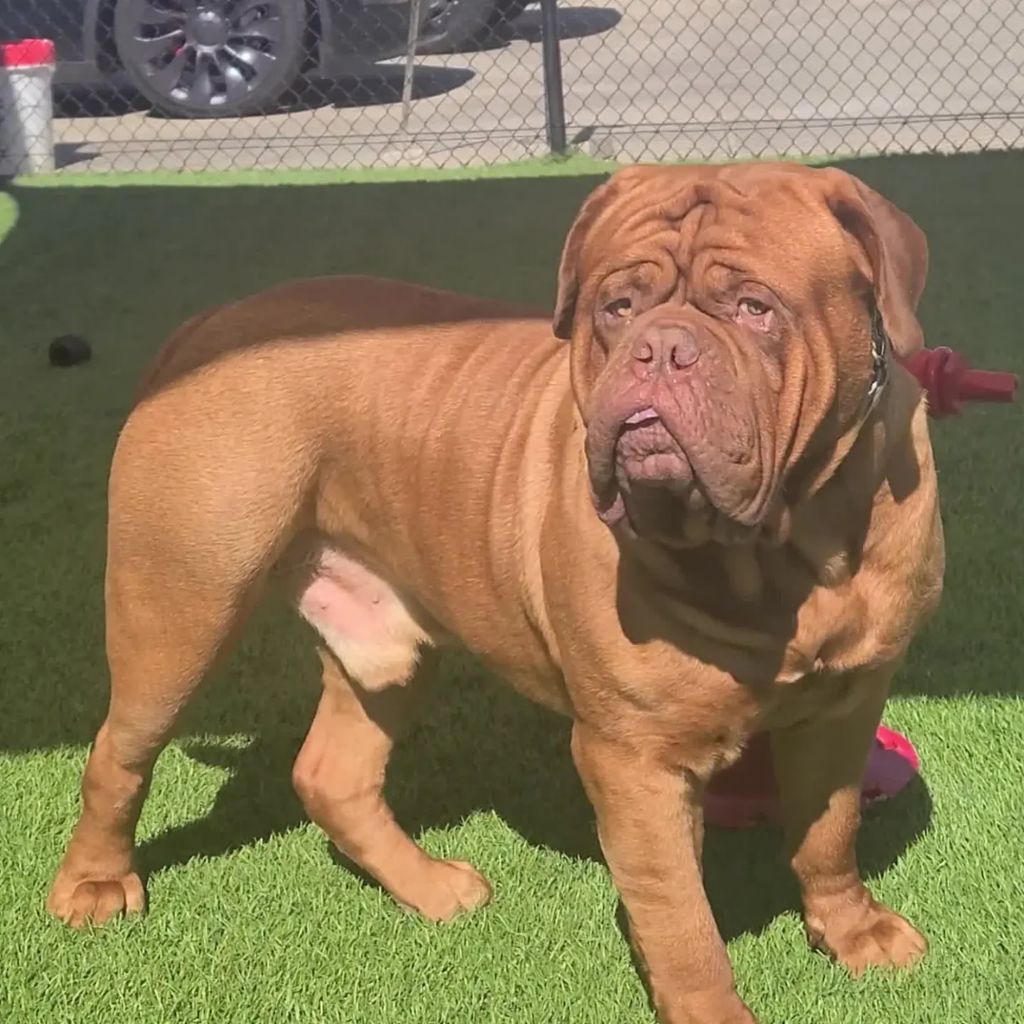 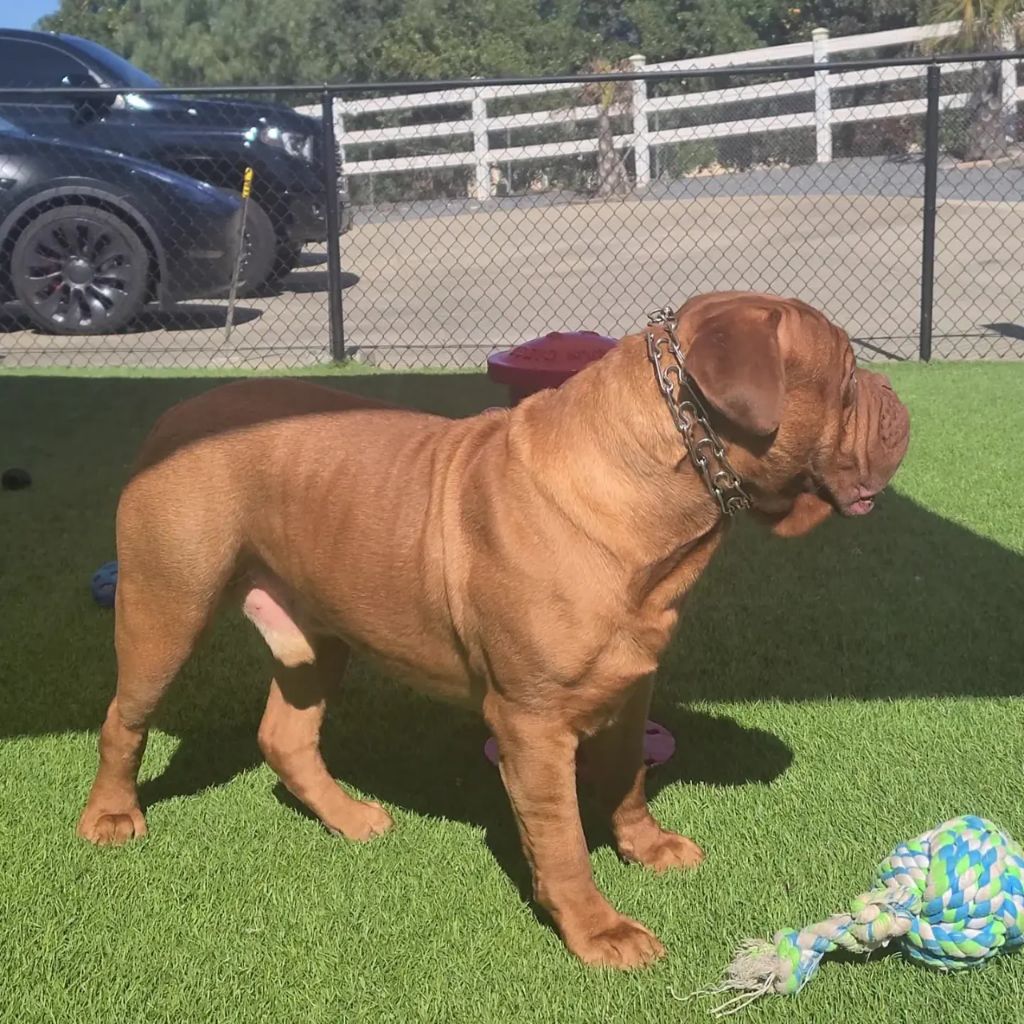 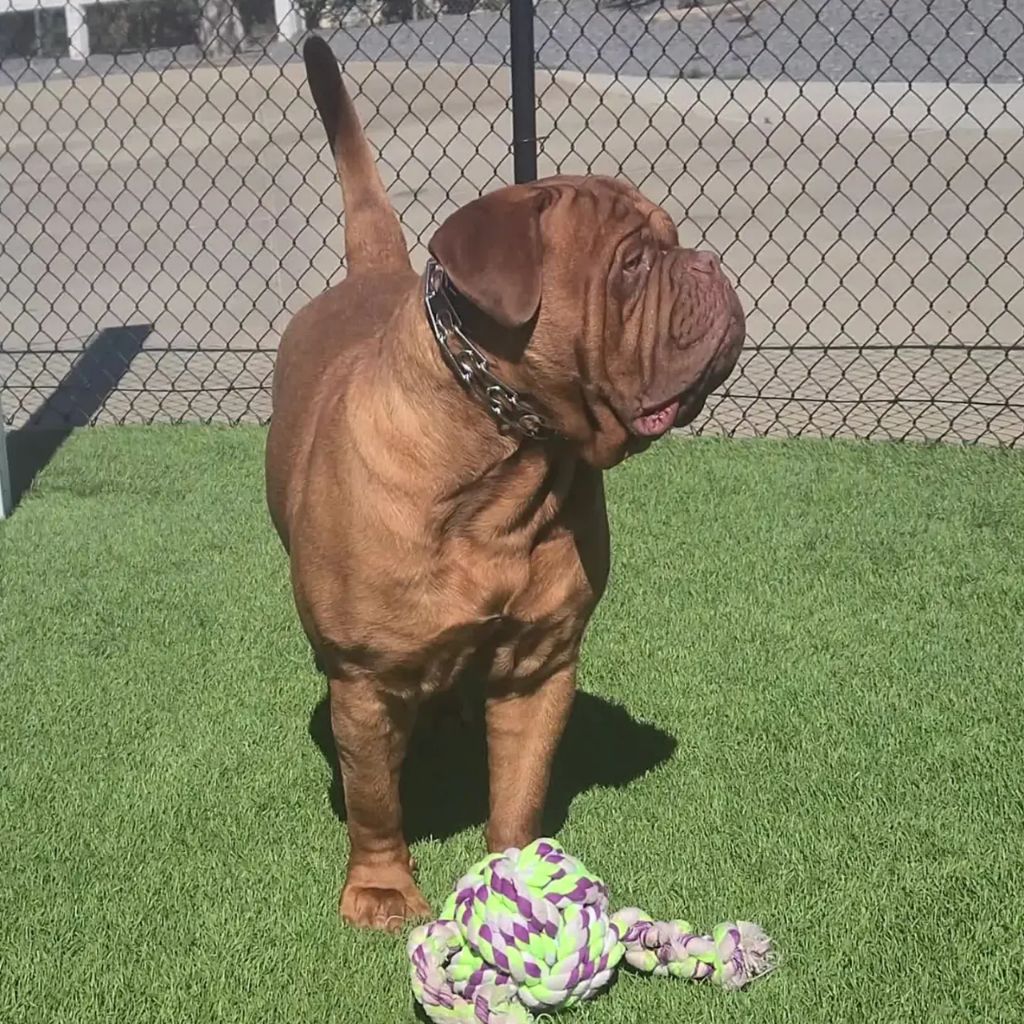 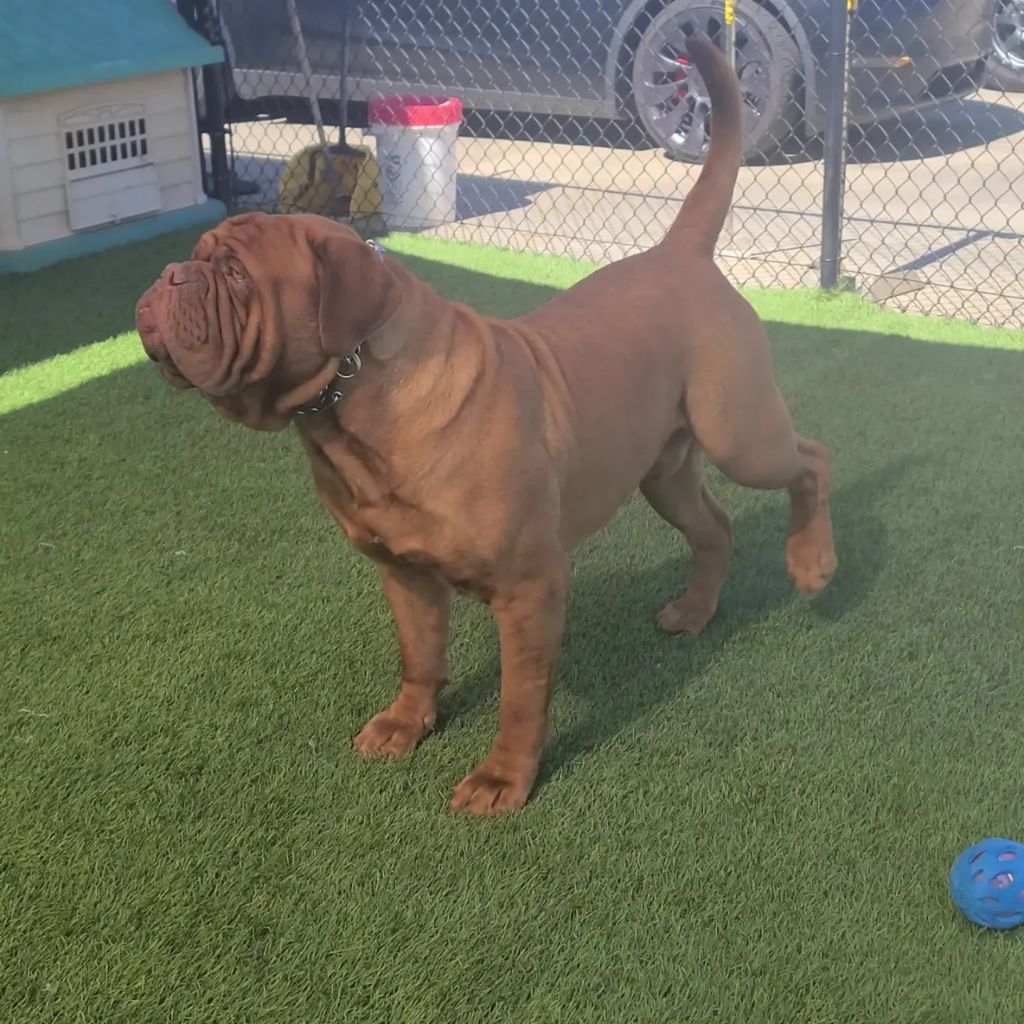 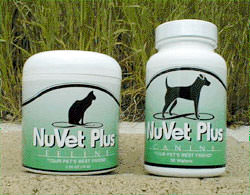